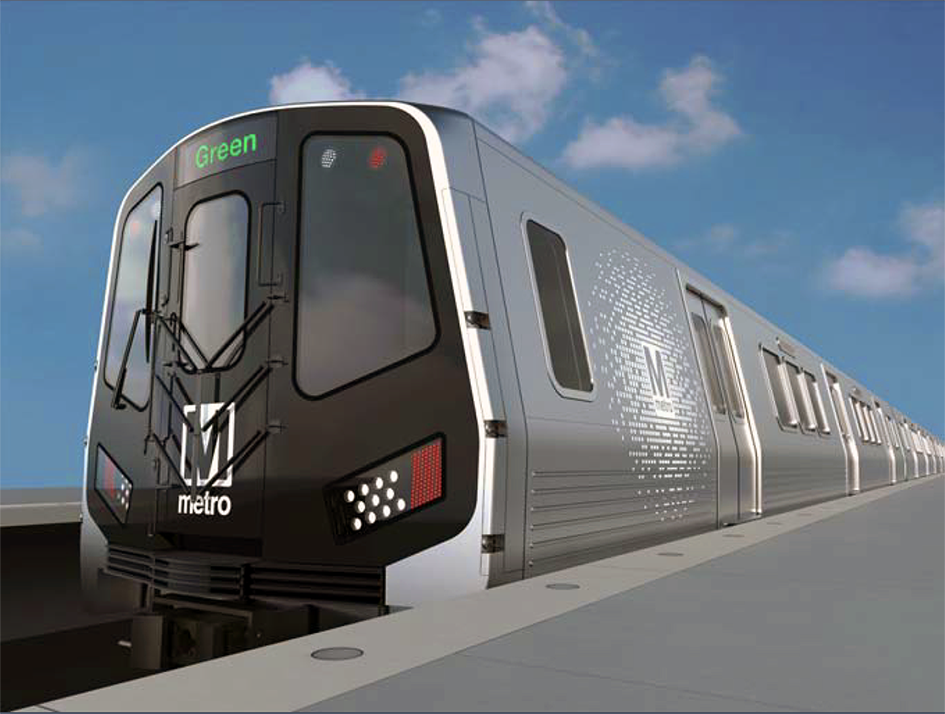 Deliveries of the 8000-Series cars could begin in 2024. Image courtesy of WMATA

Hitachi Rail USA has been named as preferred bidder to supply up to 800 next-generation metro cars to the Washington Metro, with an initial order for 256 expected. The contract includes incentives for the building of a local assembly plant, creating hundreds of jobs.

The new fleet will be Metro’s eighth generation of trains since the system opened in 1976. In selecting Hitachi Rail, Metro is turning to a familiar manufacturer as three of its first four tranches of vehicles were built by Breda, taken over by Hitachi in 2015. The initial order would replace all the 2000- and 3000-Series cars that date from the 1980s. Contract options give Metro the flexibility to support a range of initiatives, including expanding all trains to eight cars, increasing peak frequencies, and retiring the 6000-Series fleet instead of undertaking mid-life overhauls.

Like the Kawasaki-built 7000-Series, the last of which was delivered in February, the 8000-Series will include wider gangways, digital passenger information and advertising screens, seat-based power outlets, and safety and accessibility improvements such as further hand holds, enhanced lighting and signage.