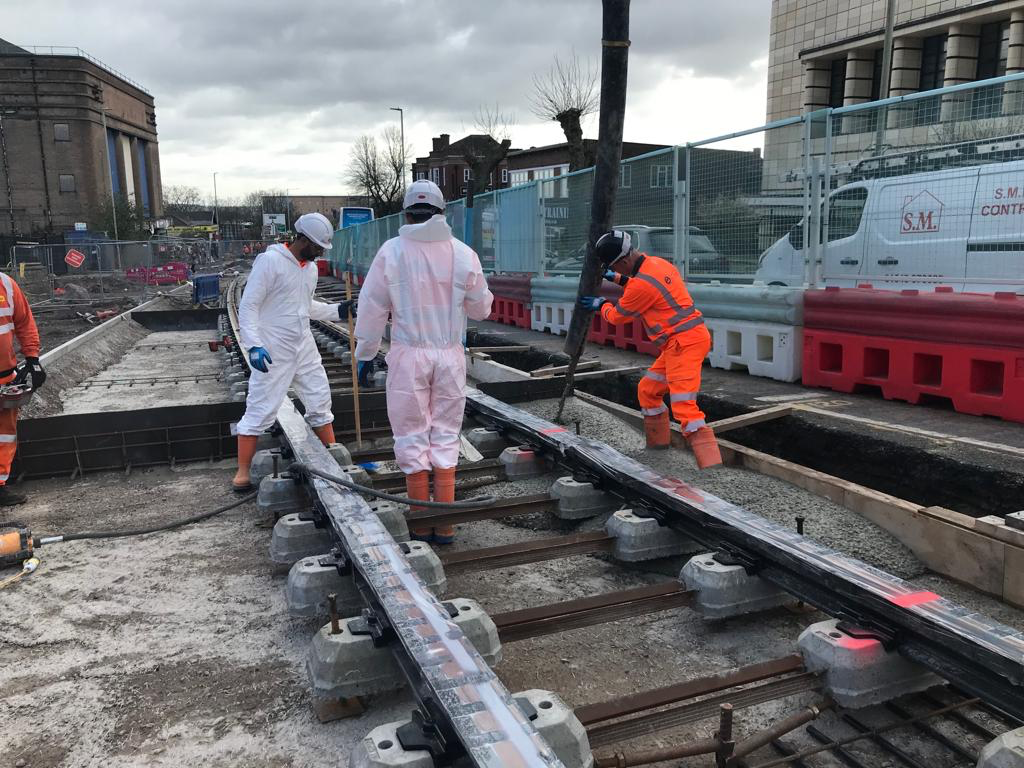 Concreting of the tracks on the initial section of the Wednesbury – Brierley Hill Metro line in Dudley in April 2022; the first rails were installed in February. Midland Metro Alliance

Completion of the Wednesbury – Brierley Hill extension of the UK’s West Midlands Metro network is to be phased following a report to the West Midlands Combined Authority (WMCA) revealed that costs have risen by over GBP100m (EUR117m) since the line was approved in 2019.

The ‘Metro Affordability’ report, presented on 15 July and quoted by the Express & Star, said the cost of building the 11km (6.8-mile) line has reached GBP194m (EUR227.5m) to date. A WMCA committee vote will now see the Wednesbury – Dudley phase proceed as planned, at a projected cost of GBP385m (EUR451.5m), with the section to Brierley Hill put on hold.

A spokesperson said: “Construction is continuing on the route between Wednesbury and Dudley town centre, which will be ready to open as planned during 2024.

“The WMCA and partners will continue to actively seek funding and develop additional funding mechanisms to allow the construction of this second phase at the earliest opportunity.”

The report attributes GBP45m (EUR53m) of the cost increase to a significant uplift in energy and materials costs, with a further GBP18m (EUR21m) to delays related to land acquisitions and schedule extensions.

Further reasons for the decision to construct the line in stages include a reduction in farebox revenue due to the COVID-19 pandemic and knock-on effects of the conflict in the Ukraine: “This has resulted in a spike in material costs since October 2021 from a predicted index of 2.5% to 17%… This is having a significant impact on capital costs given the original inflation allowances assumed have been far exceeded,” the report added.

The first tracks for the Wednesbury – Brierley Hill line were installed along Castle Hill in Dudley earlier this year. A previous announcement had already suggested a 20-month delay, with construction of the full route pushed back to autumn 2025.