Wenshan tramway to open in April 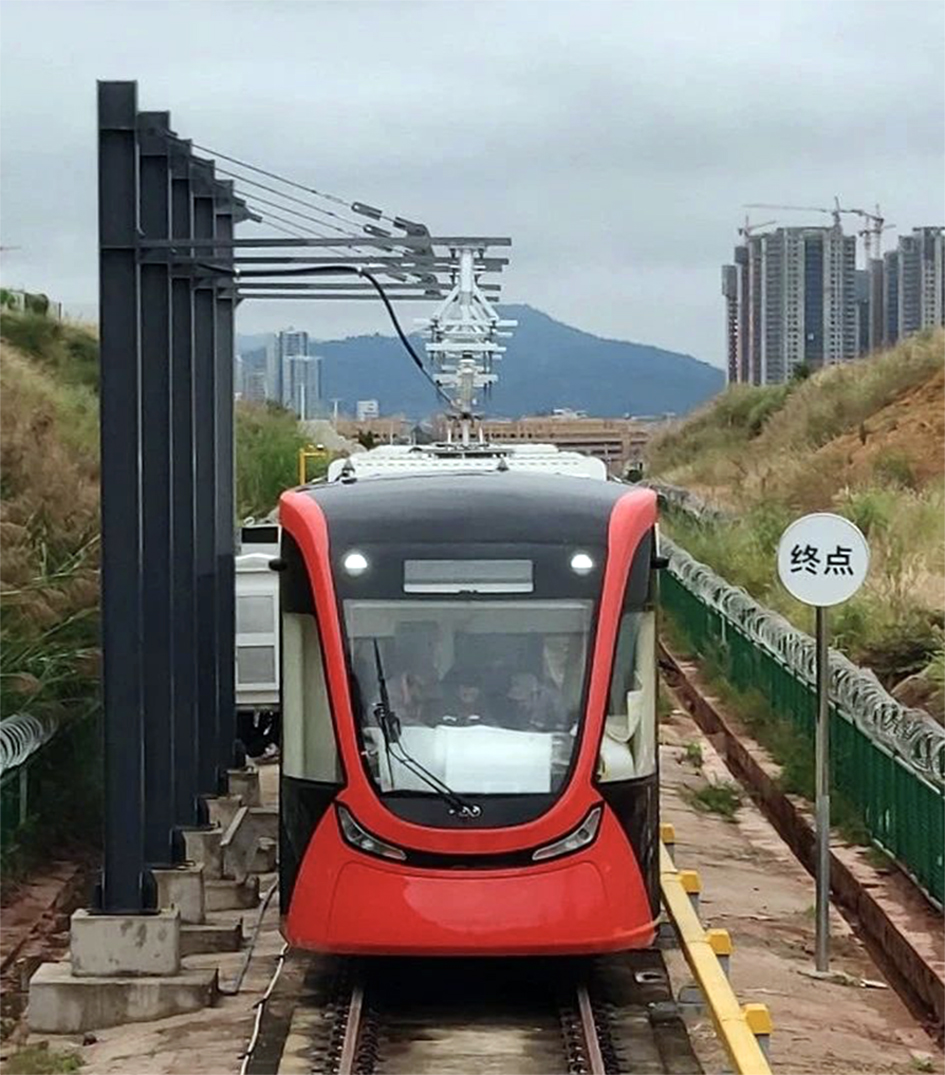 The new ‘Xiaohong’ low-floor trams for the Chinese city of Wenshan can recharge in 30 seconds via pantograph from stop-mounted overhead infrastructure. Image courtesy of CRRC Zhuzhou

CRRC Zhuzhou has delivered the first of 15 100% low-floor trams for the under-construction 13.95km (8.7-mile) tramway in the Chinese city of Wenshan (south-east Yunnan province).

The four-section ‘Xiaohong’ cars have a top speed of 70km/h (44mph) and capacity for 364 passengers, 72 seated. Built to a lightweight design, traction power is provided by a hybrid system of onboard supercapacitors and lithium-titanate batteries, which it is claimed can be fully charged in 30 seconds at stop-mounted charging infrastructure. The choice of traction system and uprated motors are to account for the city’s hilly geography and steep, long inclines.

Ground-breaking on the CNY2.3bn (EUR295m) project (known as Line 4) took place in January 2018, with works allocated under a PPP agreement that also covers operations;
staff training has taken place at the Suzhou tramway that
opened in 2014.

The main line runs for 11.7km (7.3 miles) from the Tourist Service Centre to Puzhehei railway station with eight stops, with a 2.25km (1.4-mile) two-stop branch to Jiaolian Square.

The depot and control centre are co-located, and the mainly-segregated line features five road crossings.

Main construction is nearly complete, with the first energisation trials taking place on 14 January. The fleet features two liveries, red and green; 14 trams are required for service with one standby. All 14 are due to be delivered by March.

Dynamic trials are to begin soon for an inauguration in April.