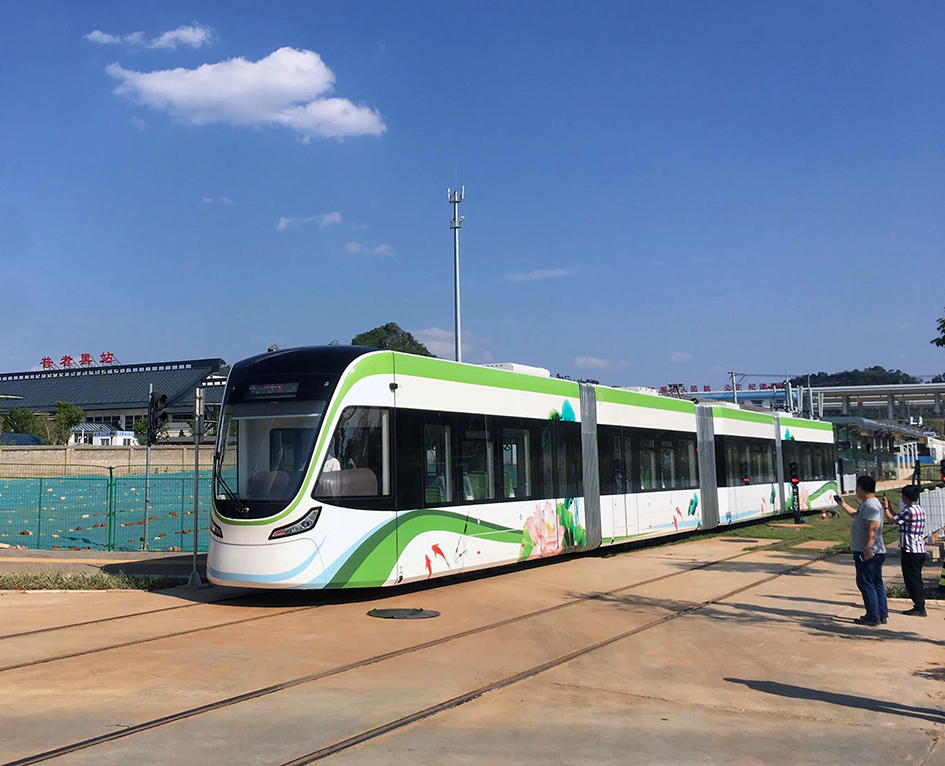 Operating as line 4, the main line links Puzhehei high-speed railway station and the Tourist Service Center in the city centre (11.7km/7.3 miles) with eight stops; there is a 2.3km (1.4-mile) three-stop branch from County Hospital to Jaolin Square.

Service is provided 07.00-23.00 by a fleet of 15 CRRC Zhuzhou four-section 100% low-floor trams fitted with lithium-titanate batteries that are charged at stops within 30 seconds. Capable of 70km/h (43.5mph), each tram can each carry 364 passengers (72 seated). Some of the line is elevated and there are five level crossings with intersecting roads.

The line was energised on 14 January with trial operation from March and demonstration rides offered from 1 April.

Approval for the ‘Wenshan Prefecture Urban Rail Transit Modern Tram Demonstration Project’ was given in October 2016, with construction undertaken by Yunnan Construction & Investment Group under a CNY2.3bn (EUR295.5m) PPP contract, beginning in 2019. Operations are also being managed through a PPP agreement.