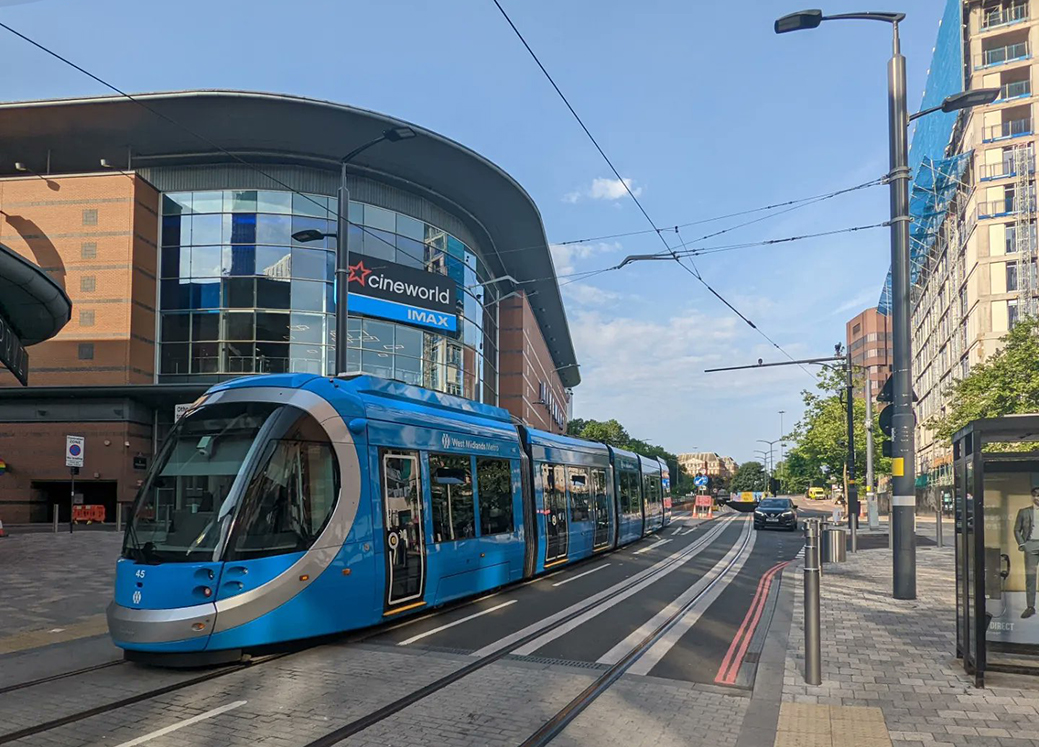 While some public realm work remains to be completed along the route, services currently run every 12 to 15 minutes; peak frequencies will be increased as more of the system’s first generation of CAF Urbos trams become available following ongoing work to replace cracked body panels.

Sophie Allison, Interim Midland Metro Limited Managing Director, commented: “As we reach this significant milestone for the network, the Metro team would like to welcome customers back to the city centre stops whilst bringing tram services to Edgbaston for the first time.

“We would also like to thank customers for their patience as they awaited the return of trams to Grand Central and Library following the restoration of services between Wolverhampton and Bull Street a few weeks ago.

“This was made possible with the return to service of a number of trams following successful body panel replacement work. As this programme of work accelerates, even more trams will be re-joining the fleet, enabling us to increase service frequency across the network.”

At the opposite end of the line, work on the 700m extension to Wolverhampton railway station is largely complete, with testing and commissioning due to begin after the conclusion of the Commonwealth Games on 8 August.

Construction on the 1.7km (1.05-mile) Eastside extension to serve the future Birmingham Curzon Street HS2 station, and the 11km (6.8-mile) route from Wednesbury to Brierley Hill, are underway.