What’s your tramway really worth? 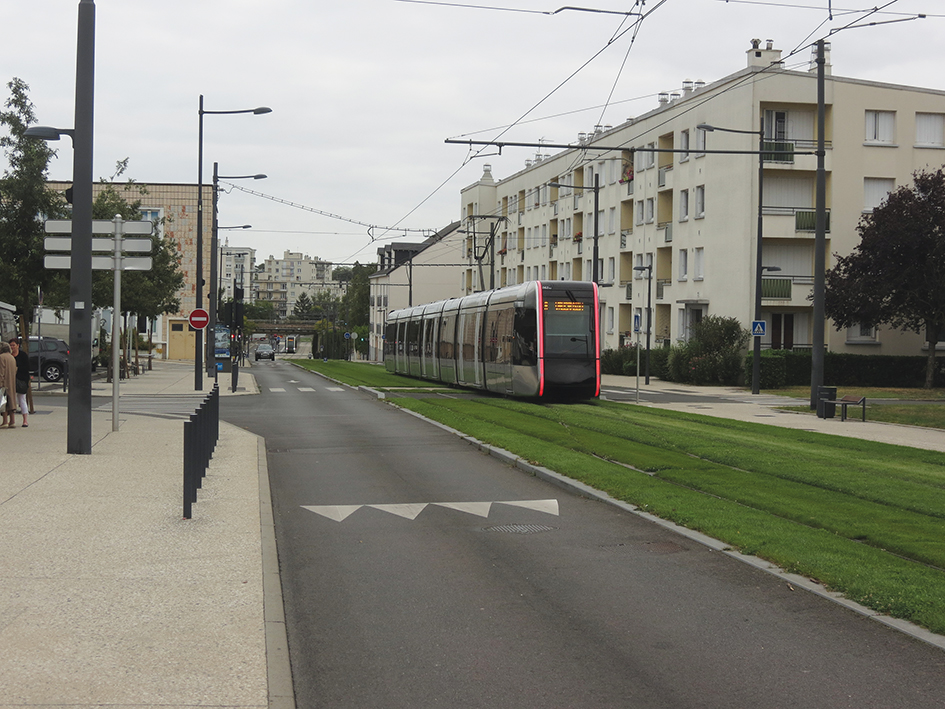 The French city of Tours is often used as a model of optimal collaboration between transport planning and wider land usage policies. Image courtesy of R. Harman

The history of the development of tramway and light rail schemes in the UK is littered with the remains of plans whose transport business cases were deemed too poor to allow their implementation. Others remain on the drawing board because of concerns that their results might also prove too low when appraised through the Department for Transport’s Web-based Transport Analysis Guidance (WebTAG).

This reflects the requirement that analysis and appraisal using WebTAG is used for all transport development that requires central government approval, including light rail. Effectively these criteria enable government to determine the value for money of all significant transport projects.

WebTAG is based on the Treasury Green Book, which constitutes binding guidance on all departments so that projects across different policy fields can be compared. WebTAG is defined by the Ministry of Housing, Communities and Local Government as a multi-criteria analysis (MCA) approach, and its text covers the assessment of environmental, social and distributional impacts. However in practice the major focus is on economic results, values for non-monetary aspects (e.g. values of time) being attributed by defined procedures based upon modelling operations and traffic. Indeed, paragraph 2.5.1 of the Guidance for the Senior Responsible Officer states “…the transport appraisal framework has been built on a cost-benefit analysis approach”.

Originally introduced (as the New Approach to Appraisal, or NATA) by the 1998 transport White Paper, WebTAG has been regularly developed, with a major ‘refresh’ in 2009 and further updating in 2019. The principles and processes are set at several levels, including guidance sets for senior managers and several technical papers on modelling, including travel choice factors. This modelling concentrates on operational performance and trip attraction, measured in numerate (monetary) terms, enabling the generation of a rate of return against the capital cost.

Guidance is given on measuring impacts such as environmental, social and distributional effects outside the transport model where cash-oriented modelling cannot provide direct numbers. All these impacts – monetised, quantified, or qualified – are summarised and presented in the form of an Appraisal Summary Table (AST). The information in this is used to create the transport business case for the project. However, this too is primarily influenced by the (numeric) rate of return.

Beyond the monetary value

Tramways and light rail projects offer a range of substantial benefits, repeatedly spelt out by trade and campaigning bodies such as the Light Rail Transit Association, UKTram, and the APPLRG (All-Party Parliamentary Light Rail Group), and identified for particular schemes by their proponents. These include high-quality access; supporting denser commercial and residential development with reduced car usage; much better accessibility without a car for everyone; enhancing quality of life and reducing spending on social welfare; reduced pollution and improved air quality, improving the health of urban communities and at the same time reducing associated healthcare costs.

Tramways are proven to bring a step-change in travel patterns, something that is regularly at the top of aims in transport strategies.

So how and where do these ‘softer benefits’ show up in a WebTAG appraisal? Let’s look at three examples of such benefits.

By moving large numbers of people fairly rapidly in a small space, tramways can support denser residential development and denser grouping of commercial and public facilities. WebTAG has for some years included an element for agglomeration benefits, which includes a valuation of user benefits approximated by the land value uplift of sites whose development is dependent on construction of the transport project. However, the proposer has to make the case for including particular development and the process is a one-way calculation leading to an extra line in the monetary totals on which the single rate of return figure is based.

Yet the best way to optimise the link between high-density transit such as a tramway and high-density development is to co-ordinate the planning and implementation of both. There are various ways to achieve this, used widely across Europe. For example, in the French city of Tours the formal rules for implementation that constitute Part 3 of the 2011-12 PLU (city development plan) allow higher densities of residential and commercial occupation, coupled with lower limits for parking provision, in planning zones along the tramway route. The argument in Britain is that land use planning and transport are managed by district and sub-regional authorities respectively; yet France has the same divide of formal duties.

Tramways create far less pollution than other forms of motorised movement, for two reasons. Firstly, the lower friction coefficient of steel wheel-on-steel rail means much lower energy consumption per passenger than buses or cars. They are powered by electricity, increasingly from non-fossil sources. Additionally, they do not generate particulates from the interaction of rubber tyres on asphalt or concrete surfaces (non-exhaust emissions, NEEs), now identified as a substantial part of road traffic air pollution. As a consequence, they reduce local air quality degradation, thus supporting improved health in the area, and they reduce carbon output, thus helping tackle climate change.

Environmental and public health issues are now major factors in public debate and policy statements – climate change is a universal issue. Transport is recognised in the UK as still offering severe challenges to the resolution of both issues, yet the WebTAG appraisal effectively limits the potential impacts of environmental gains from transport projects to one-liners in the AST; they do not appear in the all-important monetary returns.

Changing travel behaviour now forms a widely-shared policy ambition; and new tramways usually have a significant impact. For example, the typical impact in French cities has been to increase overall public transport usage by around one third, while reducing car traffic on the corridors served by trams and also increasing city centre trade. Tramway traffic often then increases in the following years as people change homes, jobs and education to use the tramway more (‘asymmetric churn’). This effect is not limited to France: the London Trams system in Croydon is now carrying nearly twice the number of passengers as it did for its first full year, despite no major network additions.

The WebTAG processes however are based on modelling the effects of proposed projects against a database of current travel patterns and factors, with short-term forecasts of growth and change. But this database, and hence the forecasts, are themselves based on travel patterns reflecting previous development and current transport provision. In consequencesignificant new travel patterns which do not apparently improve the effectiveness of existing movement may not show up as positive gains.

Although the extensive WebTAG documentation considers assessment of wider aspects, the methodology focuses primarily on the production of monetised values used to compile the single rate of return. The final project decision is therefore based on the transport business case (value for money) assessment. While this reflects the AST and supporting statements on non-monetarised items, it too remains strongly influenced by the cash rate of return.

In 30 years, the UK has seen six tram systems built and one modernised – with a few extensions in hand. Over the same period, France has seen over two dozen new systems emerge and widespread expansion continues.

The French approach is based on a consistent strategy for developing urban transport networks against clear aims for future city structures and lifestyles. The principal mechanism for this is the urban transport plan (PDU), regularly updated by city region authorities, usually incorporating detailed and disciplined analyses and proposals. Once adopted, PDU strategies, including new tramway lines, are usually taken quite quickly through formal processes and implemented. Subject to formal approval by government (déclaration d’utilité publique, DUP), the major responsibilities and powers for this lie with local authorities.

In theory, WebTAG supports clear development of options. In practice however, British transport strategies are produced in an almost nebulous state, too often based on wordy documentation, and ignoring urban structures and network effects. Implementation of projects which emerge relies heavily on Government approval based on their WebTAG transport business case. Hence any new tramway scheme is likely to be left in limbo or, more probably, be converted to a supposedly cheaper busway.

Sadly this seems unlikely to change while WebTAG remains at the heart of regional and local transport decision-making.