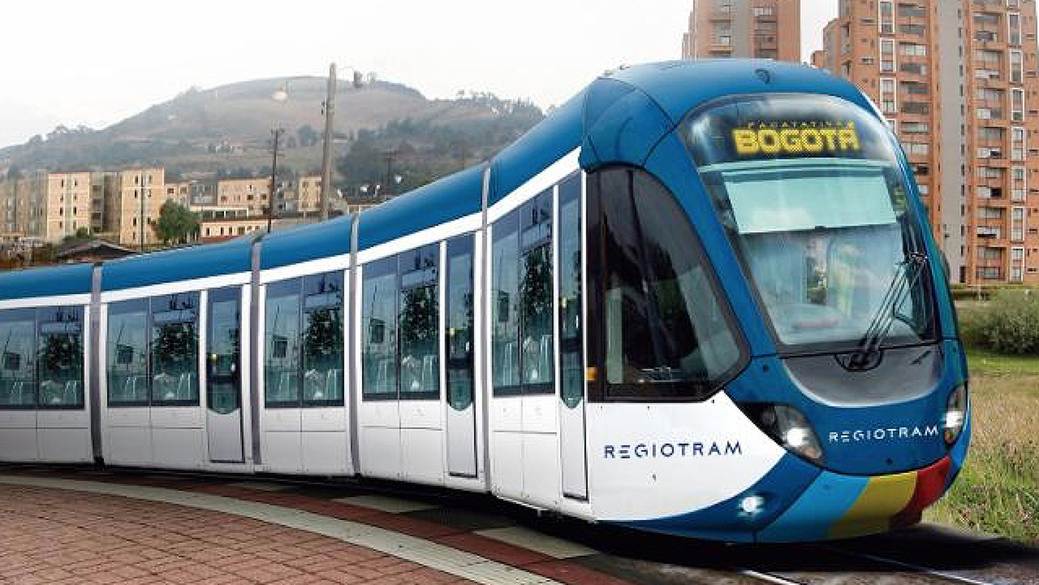 A computer-generated representation of the Regiotram de Occidente, which will serve the Colombian capital and its surroundings from 2026. Goboniero de Cundinamarca

Colombia’s first modern light rail system will run along an existing railway corridor, the Corredor Férreo de Occidente, which has lain disused since 1990. The alignment will be widened along with provision of new bridges, rolling stock and systems – but will deviate to terminate at Calle 26/Avenida Caracas instead of running to La Sabana railway station.

A Spanish consortium of Ardanuy Ingeniería and FGC was awarded a consultancy and supervision contract for the first line in 2019. A 26-year concession for construction and operations, worth USD3.43bn, was signed in January 2020 with the China Civil Engineering Construction Corporation.

Initial works are to begin in the capital’s Salitre district and of the 17 stops, eight will be located in Cundinamarca and nine in Bogotá, offering connections to metro line 1 at Calle 26/Avenida Caracas. The Regiotram will have three routes and a new depot, with 30 two-car electric tram-trains of 40m lengths.

After delays ascribed to a combination of the pandemic, design changes and contract interruptions, construction is now scheduled to last 30 months, with building of the Corzo workshop due to start in October.

A six-month testing and commissioning programme is planned to begin in October 2025 and it is forecast that the system will serve 140 000 passengers/day when it opens in late 2026. Two-thirds of the USD1.9bn state contribution will be met by the government, with the region of Cundinamarca allocating USD600m.