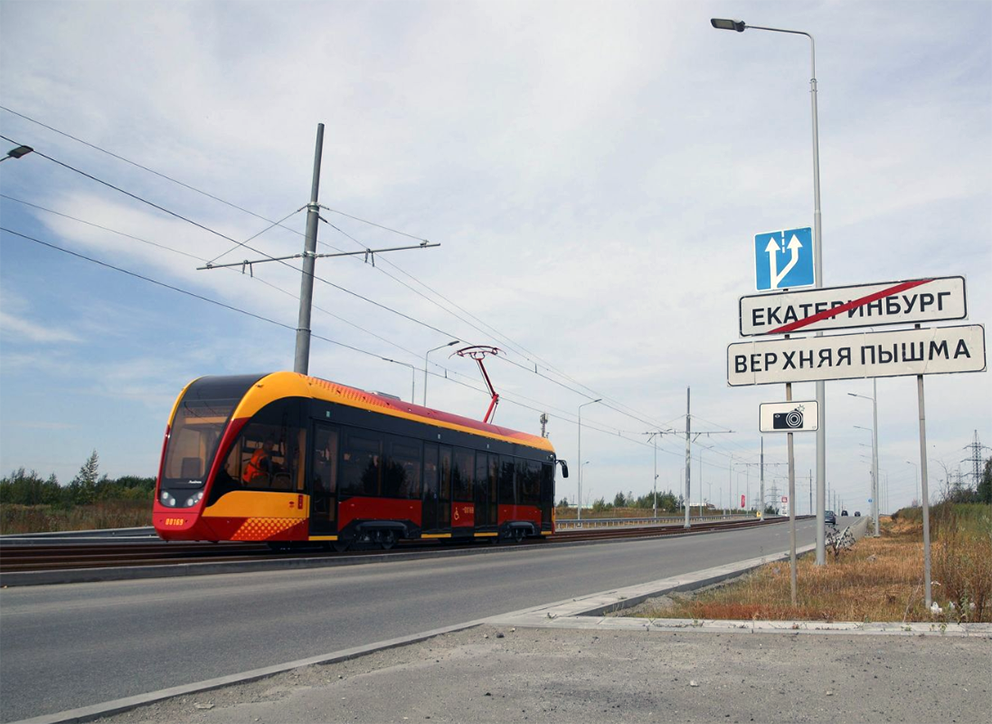 An estimated 11 000 passengers/day are expected to use the new interurban tramline. Movista-Regions

Passenger service began on the 9km (5.5-mile) interurban tramway between the Russian city of  Yekaterinburg and the northern satellite town of Verkhniaya Pyshma began on 31 August.

The southern terminus is in the north of Yekaterinburg, where it connects with the city’s tramway. The depot is in Verkhnyaya Pyshma.

Service is performed by a new fleet of 11 single-section 71-911 Lvyonok trams delivered by PK Transportnye Sistemy. The first of the 16.7m-long and 2.5m-wide cars arrived in June; each can carry 95 passengers (36 seated) at four people per m2.

Approved in 2018, early works on the line began the following year under the auspices of the municipality, with a ten-year concession to finance, build and operate the line was signed by Sverdlovsk oblast and a subsidiary of Movista-Regions in May 2021. The out-turn cost for construction of the line is a reported RUB2.2bn (EUR36m).