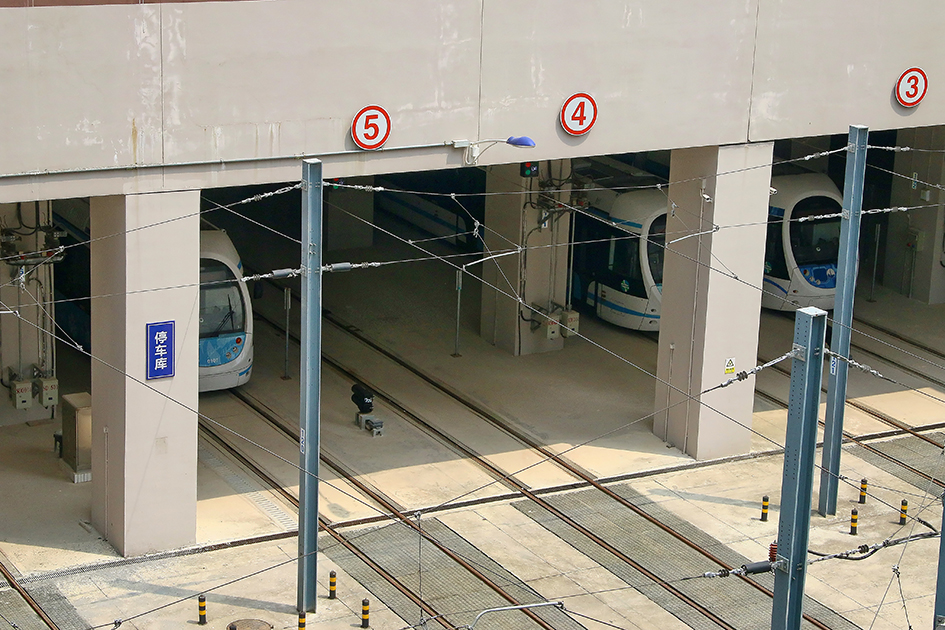 Zhuhai’s fleet could be stabled for good as the Chinese city debates the future of its troubled tramway. Image courtesy of Bernhard Kußmagk

Zhuhai’s Municipal Government (China) has recommended decommissioning the city’s troubled tramline following a consultation that began in summer 2021. A summary of its findings released in late November showed that 68.5% of the 149 respondents to the consultation suggested removal of the city’s 8.9km (5.5-mile) tramline, according to China Business News.

The authority’s report stated that since the tramway opened in 2017, technical defects and failures – particularly with the surface contact power supply – low passenger numbers and high operating costs mean the line is no longer economically sustainable.

Data from the Zhuhai Transportation Bureau shows that instances of power supply failures reached 0.13 per 1000km in 2020, up from 0.05 per 1000km in 2017. These figures are above the industry standard and show a continuing upward trend over the four years of regular operation.

The decision follows a 15-1 vote of city representatives in April 2021 for the line’s removal, and dismissal of a proposal from CRRC Dalian to rectify the line’s technical issues. The supplier had also outlined a plan to reduce future maintenance costs by 40% if the line was retained, as well as introducing a programme of ongoing lifecycle cost savings.

Revenue service on line 1 began in June 2017, following a ‘launch’ in September 2013. With declining reliability, future operational costs for the tramway are estimated at CNY91m (EUR11.9m) per year.

An independent assessment commissioned by the Zhuhai Municipal Transportation Bureau earlier in 2021 stated that a pre-requisite for retaining the line would be replacement of the electrification system with traditional overhead line technology. This has been costed at CNY94.2m (EUR12.3m).

If the decision to close the tramway is accepted, removal of the infrastructure and bus replacement is expected to be completed in early 2022. If so, it would leave Beijing’s Xijiao line as the sole installation of the TramWave surface current collection technology, which has faced its own reliability issues.